At our Wild Little Girl EP release party at Maxwell's in Hoboken NJ, I received a very special treat. Lou Rosano of Louis Electric Amplifiers brought me legendary blues guitarist Hubert Sumlin's own Baby Bluesbreaker amp to play. Lou had built the amp for his close friend Sumlin, who passed in 2011. It hadn't been fired up since Hubert had passed away in 2011. I felt incredibly honored. And what a sweet-sounding amp it was!

Hubert Sumlin was the first blues legend I ever snagged an interview with for my book, The Language of the Blues: From Alcorub to Zuzu. Even though Sumlin was the soul of kindness, with courtly Southern gentleman manners, I was pretty nervous. To warm up, I pitched him a softball question about the title of Howlin' Wolf’s great Chicago blues standard, “Killing Floor.”

I expected Sumlin to simply verify the longstanding notion that “killing floor” refers to a slaughterhouse. To my surprise, Sumlin, who was not only Wolf’s guitarist but also his close friend from 1954 until Wolf’s death in 1976, politely demurred. Instead, he recounted a detailed (and hilarious!) story about Wolf’s inspiration for “Killing Floor” that I’d never read anywhere.

This made me realize that academics--and even we blues fans--may spend too much time talking to each other, and not enough talking to the artists.  I resolved from that moment on to interview as many elder blues artists as I could for my book – and to talk less and listen more.

It’s true that many southern African Americans who flooded North during the Great Migration found work on the blood-slick killing floors of Chicago meat-packing slaughterhouses. So it’s understandable why even Wikipedia reports that “Howlin' Wolf recorded ‘Killing Floor’ in 1964. The song's title refers to the active area of a slaughterhouse. Wolf uses it as a metaphor for his relationship predicament.”

One might argue that Wolf picked up the use of killing floor to mean slaughterhouse from “Hard Time Killing Floor Blues,” which was recorded by influential Delta bluesman Skip James in 1931. Yet James had never been up North until he was brought to Grafton, Wisconsin, in 1931 to record for Paramount Records. There’s no indication in his lyrics, either, that he’s singing about a slaughterhouse. 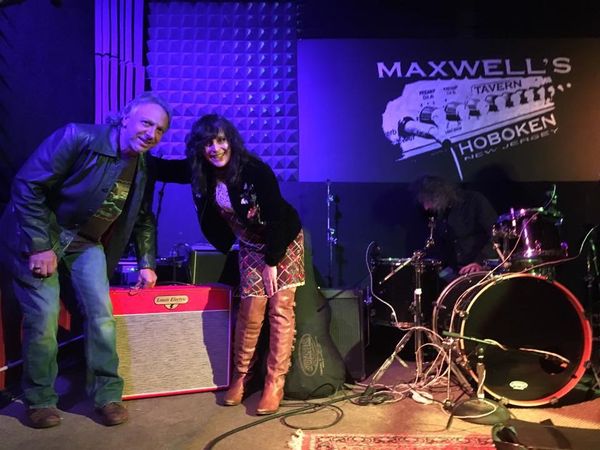 When I asked Sumlin if Wolf’s title referred to a slaughterhouse, Sumlin replied: “No, what happened was…Wolf had seven wives. One was named Helen. She shot him with a double barrel shotgun with buckshot. Out the second floor window. This woman, oh man, he wrote that song about her! Reason I know it is every song he wrote, they was real.

“Down on the killing floor--that means a woman has you down,” Sumlin continued. “She went out of her way to try to kill you. She at the peak of doing it, and you got away now.” He paused, then added, “You know people have wished they was dead--you been treated so bad that sometimes you just say, ‘Oh Lord have mercy.’ You’d rather be six feet in the ground.”

According to Sumlin, when Wolf arrived home in West Milford, Arkansas, from a lengthy tour, Helen sent him to the corner store to get some groceries so she could cook him a welcome-home feast. While he was gone, she ransacked the tour bus for evidence that her husband had been fooling around on the road.

“She sent him to the store to get some food, about a half block up the road,” Sumlin recalled. “Some potatoes, tomatoes, and all this stuff. Well, somebody left her underwear in this bus. Some woman. And Helen went out and searched the bus before he gets back. One of the boys in his band messed up, you know. She found these things in the bus and she thought it was Wolf.

“She did shoot him, too, full of buckshot. They picked shots out of him for a whole week. She got him from behind. He looked up in the window and she pulled the trigger. By the time he turned his back, oh boy, he was full of buckshot. Man if he’d been a little closer, she coulda killed him!”

According to Sumlin, it wasn’t only trouble with women that could depress the mighty Wolf, who was 6’3” and weighed almost three hundred pounds in his prime. Wolf was even more passionate about his music. “He did one album that he didn’t like, and he went home and got in the bed and stayed three days before he would come back and finish it,” Sumlin recalled. “They finally got him back down there to do his voice and finish it.”

Sumlin’s signature guitar licks on “Killing Floor” are building blocks of electric blues guitar, earnestly cranked out every night of the week by guitarists of varying competence at blues jams around the world.  I asked Sumlin how he came up with such memorable lines.

“I guess I found myself,” Sumlin replied modestly. “I found my voice on account of Wolf fired me so many times, sometimes for two minutes, three minutes, five minutes, twenty minutes. But he hired me right back. Boy, he didn’t like it when nobody missed no notes. ‘Go on find yourself’ he would say, and I guess I did.”

That’s what real friends are for, and if they can set the record straight for you in return, after you’re gone, that’s alright, too.