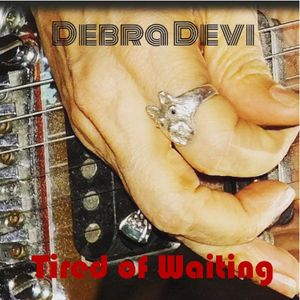 I feel pretty thrilled to premiere my new music video TIRED OF WAITING in the new RockNRoll section of American Blues Scene. American Blues Scene--which has over 180,000 Facebook followers and counting--covers not only the blues but now also the best in American rock and Americana. I have gigantic respect for what ABS has accomplished in turning on an entire new generation of music fans on to the blues...and now to great American music in general. Here's a snippet from the article:

"Devi calls “Tired of Waiting,” her “odd-time-signature ode to sexual frustration.” It is hypnotic, heavy and bluesy. There’s a Gov’t Mule vibe to the way her powerful band effortlessly slides in and out of 7/8 and 4/4 time while Devi sings about gearing up to bolt from a relationship gone cold. In the music video, Devi and her bassist, Max Feinstein, carry out an epic guitar-smashing duel as a metaphor for the battle of the sexes that’s both hilarious and apropos.'" - American Blues Scene